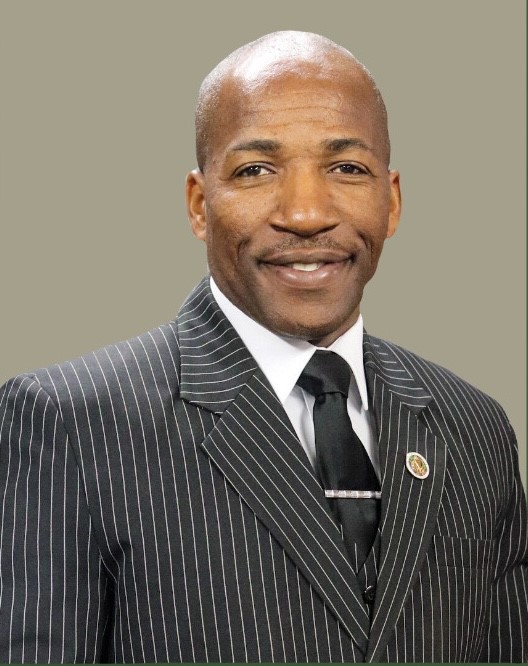 Rev. Thomas is a native of Vernon, Texas.

He graduated  from John Tyler High School, Tyler, Texas in May, 1985. He joined the US Army, in 1987, he was trained as a Combat Medic.  He served in Operation Desert Storm and in the Iraq War of 2005.   Thomas earned the coveted Combat Medical Badge, as well as the Bronze Star.  He  retired after 20 years of active military service, in October, 2007.

He earned a Bachelor of Science Degree, in Business Administration, from Wayland Baptist University, San Antonio, Texas in 1999.

He received Jesus Christ as Lord and Savior in December 1989.  He was ordained a Deacon in April 1995. Rev Thomas was licensed to preach the Gospel, in June 2011.  He was ordained as Pastor, by the WSBC in 2013.  Since then, the church has remarakbly grown and added to its' tangible assets.  Rev Thomas is a "Teacher-Preacher," with the gift of memory, complimented with the innate and excitng presentation, of expository preaching. He loves to study the "Bible!"

He has served  as  Co-Pastor, of one of the few Christian Churches in Riyadh Saudi Arabia,  and later in Ghazni, Afghanistan. .

Rev Thomas is not married and  he has one son, thirteen year old Nathan Lynn Thomas-Jones.